I know what it’s like to feel tired – and not just physically.

The world we live in is an exhausting place. It wears off. It’s ungrateful. It challenges you endlessly and it hardly rewards you.

I know you haven’t always been so exhausted – there was a moment when you were hopeful and pure. When your optimism was stronger than your cynicism and you had an endless amount of optimism to spread.

I know you’re carved and worn out piece by piece – a broken heart here and an empty promise there.

I know the world hasn’t always been fair about the games you’ve played and you’ve lost far more often than you won.

I Know You’re Out of Inspiration to Try Again. i Know.

The truth is that we are all tired. Everybody. At a certain age we are all just an army of broken hearts and sore souls, desperate to feel fulfilled.

We have to take risks, but we’re too scared to see it collapse. After all, we’re not quite sure how many times we can start over.

We all think we are alone in our fatigue. But the truth is we’re tired of each other – the games we play and the lies we tell and the insecurity we put on each other.

I know it can feel impossible to keep trying and giving and getting when you’re dead tired. I know that the merry ideals you were once promised now seem old and hopeless.

But I beg this when you’re about to give up: try one more time, with feeling. I know you’ve had enough of all the attempts. I know you’re at your wits’ end.

But the truth about that new attempt is that you’ll never realize you’ve found it if you don’t first leave your previous one behind.

We are all more resilient than we think and that is the undeniable truth. We are always able to give more love, have more hope, spread more passion and let loose on the world.

We just don’t walk far enough to realize that our actions have benefited. We want to see immediate results and when we don’t, we give up.

We let the fatigue stop us. The lack of feedback frustrates us and we assume that means throwing the effort out the window completely.

This is something we all don’t want to admit: nobody feels inspired every day. We all get tired.

We are all discouraged. And we get to process those feelings. Sitting down and being weary and tired of life doesn’t mean you don’t make a change.

Everyone you have ever admired has experienced situations where they felt completely defeated as they tried to pursue their dreams.

But that didn’t stop her from making those dreams come true. You may slowly stumble to achieve your greatest transformations. It doesn’t always have to be spectacular.

Some things in life happen quietly. They happen slowly. They happen because we’ve made some small, careful choices, choices that make us a better version of ourselves.

We have to allow those adjustments to happen. That we watch them evolve. That we don’t get hopelessly frustrated in the meantime.

If you are tired, take it easy. Be quiet. Be shy. But don’t stop. It makes sense that you are tired. You’re tired because there was no other way.

You are tired because you are making a change. It’s only natural that you’re tired and it’s just a clue to keep going.

You are tired because you are blooming. And one day that growth will give way to the rejuvenation you need.

Low back pain is a common ailment, but could be remedied by practicing various movement arts. Researchers at Atlantic University Florida found that if we use our body and mind at the same time, back pain can be reduced.

During the study, the effect of three so-called mind-body exercises was examined. This included yoga, tai chi (a Chinese art of movement with moderately intensive movements and mindfulness) and qi gong (a Chinese meditative therapy that makes us more aware of the body through repetitive movements).

The researchers noted that exercises from the various movement arts could reduce symptoms such as low back pain. And not only that: the mobility of the body also increased and it had a positive effect on depression and anxiety.

According to the researchers, the three movement arts not only strengthened the body, but also the mind. This is a hopeful conclusion for people with chronic back pain, since they often suffer from poor mental health along with their back problems.

Did you know that the average person like me and you spends nearly nine hours a day sitting? While scientific research has shown that it is not good for you. For example, it increases the risk of high blood pressure and cardiovascular disease, but also of type 2 diabetes. All the more reason to take the leg wagon more often: 9 reasons to walk more today.

1. Good for muscles and bones

2. Good for the heart and blood vessels

Walking for at least thirty minutes every day lowers blood pressure and blood cholesterol. It also improves the condition of the heart and blood vessels. The risk of heart problems already falls by 50 percent if people are active for one hour a week.

Walking or walking every day gives a lower risk of type 2 diabetes. It not only lowers the risk of developing diabetes. Even if you have diabetes, it is good to walk.

4. Good for the brain

For people who remain physically (and mentally) active throughout their lives, the risk of Alzheimer’s is reduced by 20 to 50 percent. Walking is also healthy for those who already suffer from dementia. Walkers are more cheerful and their memory functions better.

5. Good for the lungs

Those who walk a lot increase the capacity of the lungs to absorb oxygen.

Walking works against STRESS and depressive feelings. Anxiety disorders decrease by almost half.

7. Good for the night’s rest

Walking and daylight is good for the biological clock, which makes falling asleep and sleeping better. The quality of your sleep will also improve.

8. Good for being overweight

Running well for an hour (5 kilometers per hour) costs around 240 kilo calories. If you walk for half an hour every day, you can lose a lot of weight: one kilo in two months and six kilos in a year.

Moving and therefore also walking stimulates digestion and prevents clogging of the intestines.

By taking a one-off walk, these health effects do not, of course, occur immediately. You will only notice the benefits if you regularly walk and walk. Start today, because what you immediately notice is the positive effect on your mood! So why not start now after you have read this blog. 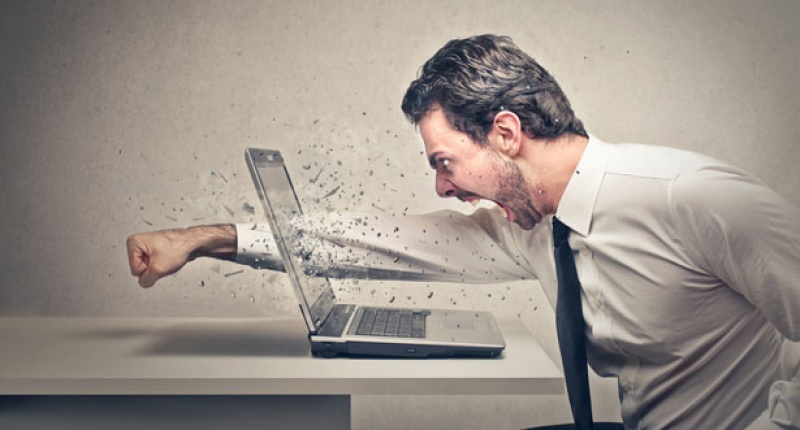 Being bitter is in many cases a form of hidden depression in which the person focuses almost exclusively on the rest of the world. The world of embittered people is full of windows through which they can only see injustice, and where they like to see their frustrations, bitterness and pessimistic feelings pour out. The bitter person wants prisoners, but he also calls for help.

Many of us will now think of people they know, people who, sometimes, give us the impression that they are enjoying their lives with their arguments, advice and behavior. This supposed pleasure, which we deduce from the frequency with which it is done, is actually no pleasure at all – the truth is that they are not happy.

Bitter and resentment are anchors who always want to hold us, because their ships are stranded and drift aimlessly, and where there was once happiness is now only unresolved grief.

Bitter people, above all, feel that they have lost control of their lives. They have such a defeated attitude that they simply stop being responsible for themselves. They take on the role of the victim and allow themselves to be carried away. It is then necessary to be aware of strategies to help them, because even if their behavior disturbs us, they need a lot of help.

Being bitter and the roots of bitterness

Nobody comes into the world with bitterness in his heart. Sometimes, however, childhood is a time when people are already beginning to discover the development of this feeling. A lack of affection or communication during childhood can sow the seed at a very early age, enabling the heart to form the roots that will grow into bitterness in the future.

Bitter is a seed that, when sown, generally does not germinate immediately. His presence can not be observed in the first instance. One disappointment hurts, but does not change us yet, two disappointments make us think, but when someone bumps into too many ‘stones’ during his life and allows these stones to create negativity in him, then the result is that he the feeling has no control over his life. And then that germ germinates … and a kind of mental illness occurs.

One thing that we also have to take into account is the classic image of the ‘bitter old man’. We have all met an elderly person who is apathetic, who always looks at things from a negative side, and who seems to feel a lot of resentment towards the world and life itself. As we can read in the journal ‘Health Psychology’, these are, in most cases, indicators of an underlying depression. It is important to keep this in mind.

Bitter is often described as classic ‘toxic’ behavior. We are in the habit of quickly labeling people ‘toxic’, and often we prefer to avoid these people without even thinking about them and their emotional prison. This is not the right thing to do. At least not as far as bitterness is concerned.

The person who has no peace with himself will have war with everyone.

As we said, people are not born bitter, it happens over time and is the result of different situations that have not been properly dealt with, and which have become too much for the person in question. Do not let them down, let them not only float in this emotional stupidity. We know that a bitter and depressed brain does not change into a happy brain overnight, but it’s always good to know some basic advice so that we might be able to help.

How you can change the attitude of a bitter person

As we mentioned earlier, bitterness is sometimes an indicator of depression. It is therefore important to encourage the person to consult an expert to have his or her condition assessed. This is a necessary and essential first step. Later we can put the following into practice:

The person who has no peace with her/himself, her/his past and her/his thoughts, will have war with everyone who surrounds him. Let her/him find a balance, a key that will heal her/his wounds and give her/him peace in exchange for her/his inner struggle. We must help her/him, but at the same time be aware of our own limits and not neglect our sense of self-worth.